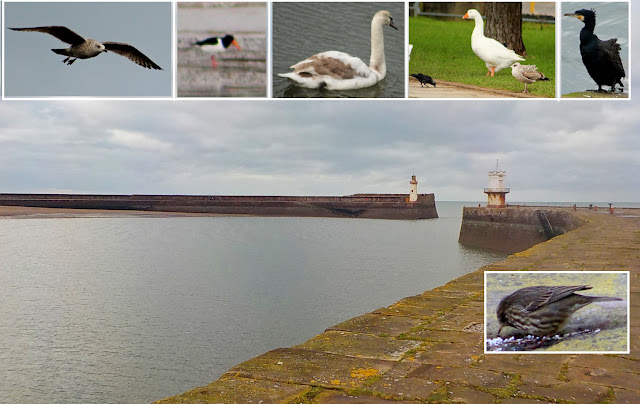 We're not walking far today, just around Whitehaven Harbour, as Jack the Navigator Hound is recovering from a minor op..

“OK, so maybe not such a minor op. from your point of view but the point is, Jack, your fans will want to know why you're not bounding round the fells as usual.”

Which is why we're wandering around Whitehaven, hoping to see the odd dolphin or porpoise. The sea is dead calm, which would be good for spotting if there were anything out there... but there isn't. We do have plenty of birds though, Gulls, Oystercatchers, Swans, Geese, Jackdaws and even a Cormorant. And here on the quayside, rooting around in the debris, a Rock Pipit, Anthus petrosus. These are predominantly coastal birds, related to the wagtails in the family Motacilladae. 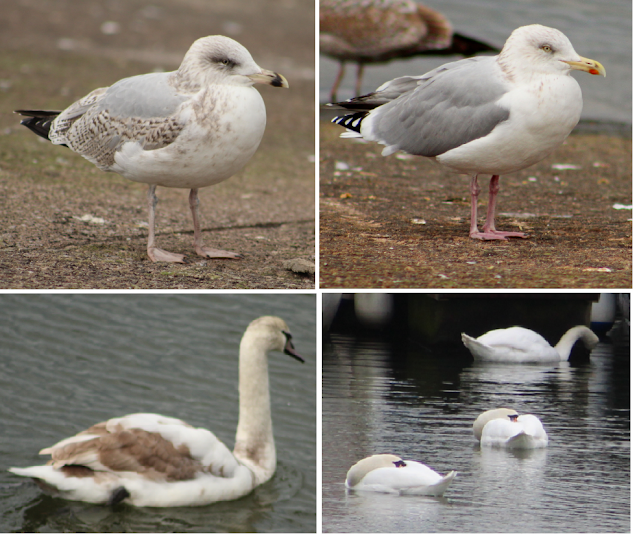 One of the problems with bird identification is that they don't come out of the egg looking like the pictures in the bird book. Take these Herring Gulls, Larus argentatus, for example. In their first winter, they are mainly brown and heavily streaked. This one is in his second winter: his head and underparts are beginning to whiten and he's starting to turn grey. Next year he'll look almost adult but he'll still have a few brown feathers in his wings and dark markings on his bill rather than the red spot of the adult. Swans are similar. We all know the song about the ugly duckling with his feathers all stubby and brown, who turns out not to be a duckling at all, but a cygnet who turns into a beautiful swan. The reason, of course, is protective camouflage. It doesn't pay to advertise when you're young. 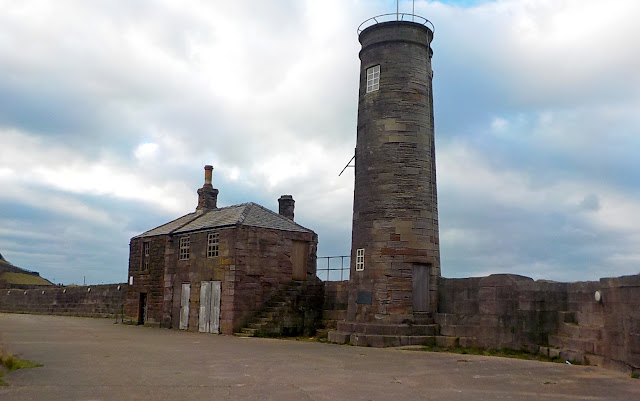 The last time Britain was invaded was in 1778. I bring this up because it happened right here where we're standing. It was an American invasion, but not a particularly successful one. Led by one Commander John Paul Jones, he was after the 400 British merchant ships which were anchored here, but totally misjudging the currents, a one hour lighting raid in two rowing boats turned into a six hour marathon and one of the boats turned back when the sailors 'heard a noise'. Jones did manage to set fire to the southern fort and the subsequent conflagration engulfed the entire town. 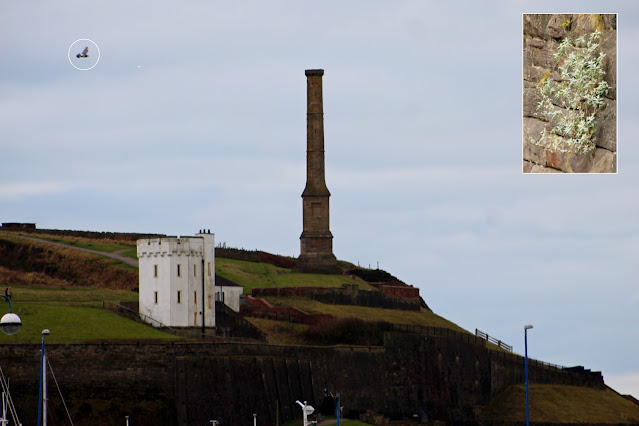 More recently, in the mid 1800s, this castle-like structure was built, along with that tall chimney-looking object, affectionately known as The Candlestick. The 'castle' was the entrance lodge to Wellington coal pit and 'The Candlestick' was a ventilation shaft. There was a major mining disaster here in 1910 when methane ignited and 132 lives were lost, a consequence of which was the invention, by Humphrey Davey, of the safety lamp, which was tested here.

Back to natural history and I see that the Feral Pigeon still holds sway in Whitehaven, repulsing the invasion of the Collared Dove with true Cumbrian grit. Down on the harbour wall, however, an invader from the far east has claimed a roothold. This is Buddleja davidii, the well know butterfly bush, which is now classified as an invasive species in the UK.


News From The Old Cornmill 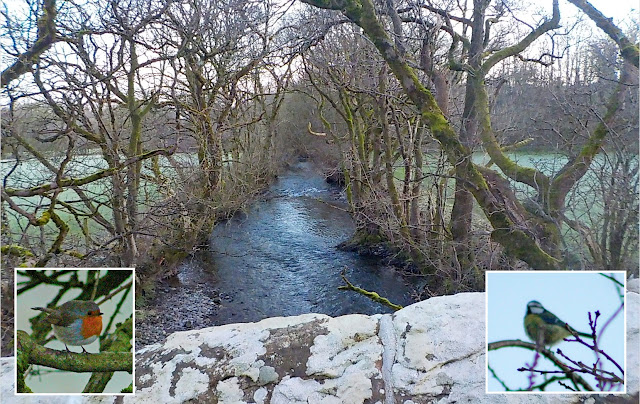 Just a few miles downriver from the Cornmill another river, The Marron, joins The Derwent. I went out there at first light yesterday and found a scene of absolute peace and tranquility. Just me, the river, a robin and a blue tit. You can keep up with all my sporadic wanderings and more by visiting my website at Steve's Nature Plus.