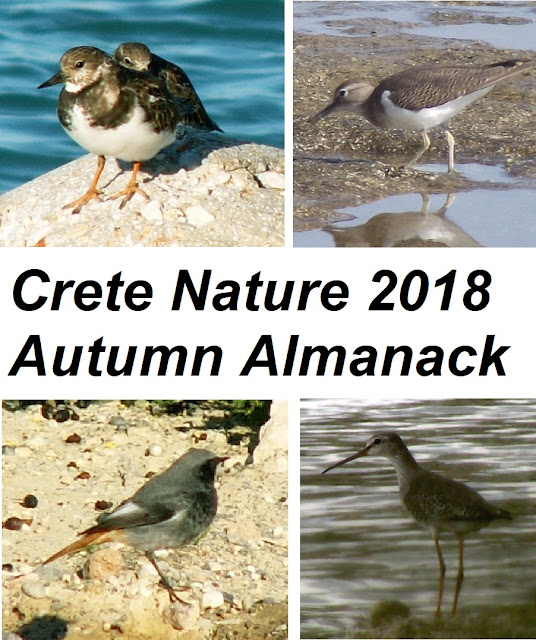 Autumn is nearly upon us and the birds are already flying south from northern Europe and either staying or passing through Crete on their way to sub-Saharan Africa. Find any stretch of water and you are likely to see birds such as Ruddy Turnstones, Arenaria interpres (top left); Common Sandpipers, Actitis hypoleucos (top right); and possibly even a Spotted Redshank, Tringa erythropus (bottom right). Look out also for the first appearance of the Black Redstart, Phoenicurus ochruros (bottom left), which usually arrives down here on the south east coast somewhere between late October and the end of November.

The flowers will start to appear after the first autumnal rains which have been getting gradually later over the past five years; from September 16th in 2013 to September 29th in 2017. I have chosen just three of them, but can you spot the connection? The first one is the Autumn Buttercup, Ranunculus bullatus, which grows throughout the Mediterranean, including north Africa. The second is the Autumn Squill, Prospero autumnale, which although it can be found throughout southern Europe and the Middle East, for some reason can also be found in Great Britain according to Kew Garden's world checklist. The third one is Crocus laevigatus, which is endemic to Crete and is one of a number of crocuses sometimes known as the Autumn Crocus as, like the others, it flowers at this time of year.

The rains also bring forth the snails, of course, and the familiar Garden Snail, Cornu aspersum, starts to appear in considerable numbers in gardens and supermarkets across the island. Apart from being edible did you know that its yucky, slimy secretions are used in American skin creams? The second one is the Chocolate-band Snail, Eobania vermiculata, which also appears in gardens but not so often in supermarkets. They are edible but considered inferior to Garden Snails by the Greeks so we export them to France (mind you, that little nugget of information is 37 years old, so don't quote me on it). Finally, the Green Garden Snail, Cantareus apertus, which has a shell that can vary from creamy yellow, through olive green, to almost black but is easily recognisable if you pick it up. It will blow bubbles all over your hand which reeks of slightly off garlic and lasts for days. Incidentally Wikipedia notes that “In Crete this species is active for 3–4 months after the first rainfalls in October.” Rubbish; I've found them out and about at the end of March.

As the seasonal rivers and streams start to fill, listen out for the a capella amphibian assembly after dark. The frogs and toads become very vocal in the autumn. The main singers being the Green Toad, Bufotes viridis, (left) which I think is a very dull name for such a beautiful animal, the endemic Cretan Frog, Pelophylax cretensis (middle). This is a particularly vivid specimen, they are usually much duller, and the diminutive European Tree Frog, Hyla arborea, which, although small, certainly holds his own in the croaking stakes. 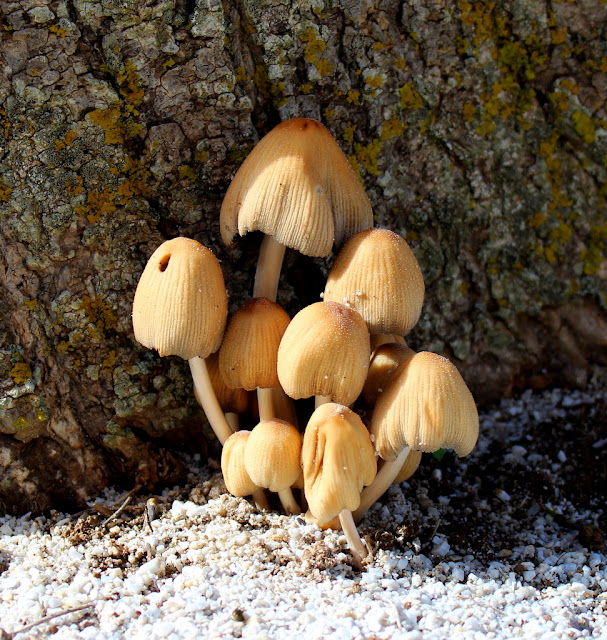 Autumn also sees the opening of the mushroom season and lets hope we have a better one than last year when they were very few and far between. In fact, the only ones I found were these Mica Caps, Coprinellus micaceus, a nice, edible mushroom but you have to get them in the pan within the hour and, given the other caveats (see Voila - Turkish Delight ) one wonders whether they're worth collecting at all. Hopefully, this year we'll find a few more species.

That's it for the almanack; next week sees the start of Steve's Sunday Strolls and for those of you who are on the island during the next fortnight here is where you can join me: 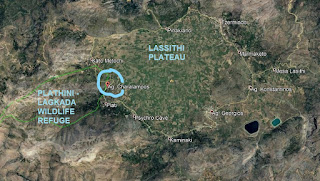 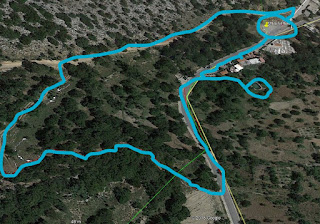 A gentle stroll around one corner of the Plathini-Lagkada Wildlife Refuge and a handy village taverna where we can chat about what we have seen afterwards.

A big thank you to all who have taken the time to investigate my book of short stories and an even bigger thank you to those of you who have actually bought a copy (Amazon Kindle £1.99 or currency equivalent).