I've always liked the London Underground, from the woosh of the trains to the unique aroma of the platforms, and especially the schematic map. When I worked in a microbiology lab in London in the 1970s, I always got a seat on the tube by the simple expedient of donning a lab coat and carrying a sandwich box covered in biohazard stickers. We don't have an underground here in Cockermouth (nor an overground any longer thanks to Dr Beeching), but I've adopted the schematic map to plan my local walks. Welcome to the Circle Line, starting at my local station: The Old Cornmill. 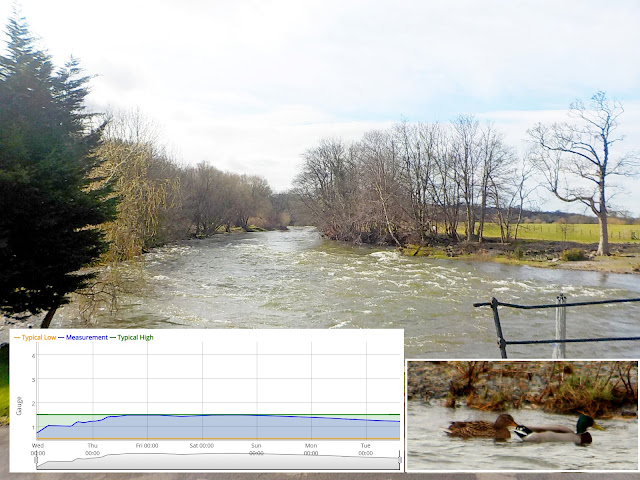 I haven't mentioned the height of the River Derwent recently, mainly because it has been behaving itself and not causing me to deploy the flood defences. After a weekend of steady rain (which, for the first time in five months, prevented me getting out and about) it rose to its typical high level which is not enough to worry the mallards. So, let us proceed eastbound, stopping first at Back Lane. 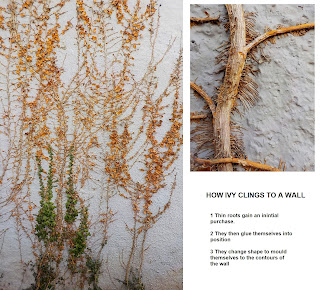 Here we find a wall covered in dying ivy, which gives us a chance to have a good look at how it manages to grow up a wall without falling off. Firstly, it sends out small roots from the stem to get an initial purchase. These then send out even smaller rootlets that get into the tiniest of crevices and produce an adhesive (with separate hardener, would you believe). Finally, they change shape, screwing themselves into position, then lignify (turn to wood). So, if you want to affix something permanently to a wall, copy ivy – glue it, then screw it.

The scientific name, Hedera helix, means grasping and spiralling. They didn't know about the glueing back then. 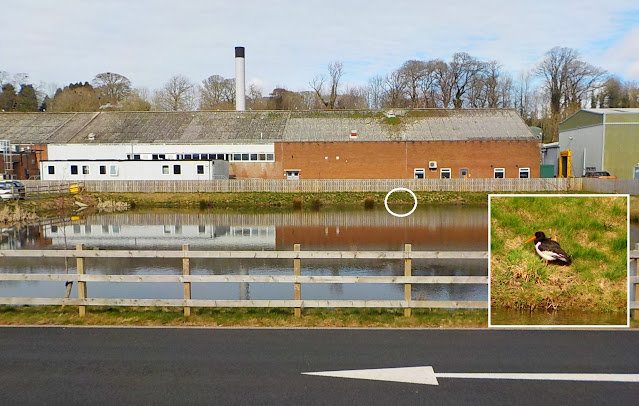 Turning our back on the ivy and peering over the opposite wall we have an uninteresting factory (from a naturalist's point of view) fronted by a pair of interesting reservoirs. There's usually something to see here, and today is no exception. Over there on the far bank (where else?) we have an Oystercatcher. I usually see these running along the sea shore, at the water's edge (see A Fjord By Any Other name - Solway Firth) and most Oystercatchers around the world are, indeed, coastal birds. The European Oystercatcher however, along with a couple of other species, also breed inland. 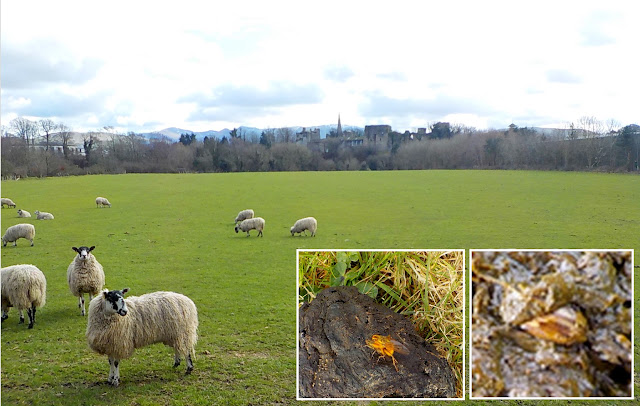 Our next stop along the line is North Fields (change here for the Northern Line to Woodhall farm) with a view of Cockermouth Castle in the distance and the landmark King's Church spire. We also have a flock of Herdwicks, and where we have sheep we have dung. Time for a prod! I see that the Yellow Dung Flies have hatched and are busy making the next generation. And if we turn it over... that looks to be a little dung beetle burrowing its way into the warm goo. Quite possibly an Aphodius species such as we saw at Watendlath Tarn. We're going to continue our journey to the bottom left corner of the field. Next stop, Gote Mills race. 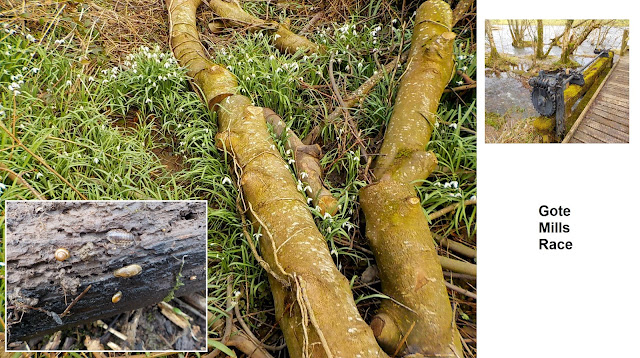 I explained all about Gote Mills Race last year in Down By The Derwent, so I won't go over it again. The sluice gate is closed so let's delve beneath the logs lying amid the Snowdrops and see who's home. There are a couple of small snails, very delicate and shiny, so I expect that they are Glass Snails of the Gastrodontinae family; a Shiny Woodlouse, Oniscus asellus, and a pretty little Arion slug. I must admit, I was hoping for the odd reptile or amphibian down here but no matter, every living thing has an interesting tale to tell. No room to tell them here, but if you subscribe to Steve's Nature Plus I often go into more detail about the lifestyles of our native creatures. 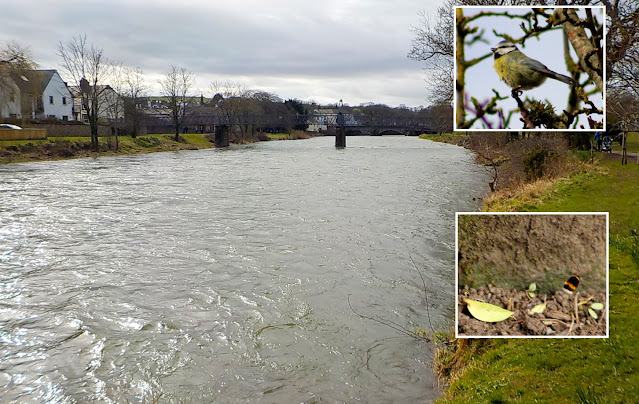 Last stop, Memorial Gardens. We're back in civilisation now with plenty of garden feeders in the area so we have a good number of birds, such as this Blue Tit, singing in the trees. I do believe that was a Red Admiral butterfly we just disturbed, and over there – our first Bumblebee of the year. The insects are starting to appear, birds are singing for mates and it's the Equinox at 9.37am on Saturday. Spring begins this week-end. Yippee! 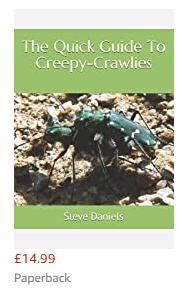 With all these insects and other invertebrates beginning to appear, why not treat yourself to a copy of The Quick Guide To Creepy-Crawlies and find out more about the amazing world of the minibeasts.

Steve's Nature Plus Join me at The Old Cornmill and follow me throughout the week for all the news that doesn't fit into the blog.