Welcome to 'The most loveliest spot than man hath found’ as Wordsworth described Grasmere whilst staying at Dove Cottage just outside the village. Our walk today will take us down the west side of the lake, along the River Rothay then on to Steps End Wood via the south side of Rydal Water to the village of Rydal. 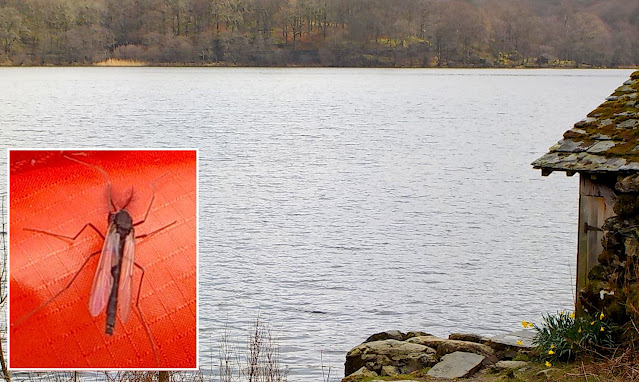 There are cormorant, heron, ducks and geese upon the water but the most prominent wildlife as we walk along would appear to be these marvellous midges. Granted, they are a bit of a nuisance, but at least they're not bloodsuckers. These are Chronomid, or Non-biting Midges, and we can tell this, firstly by the feathery antennae of the males, and secondly by the fact that they are not biting us. This is a male mating swarm that we are walking through, all out looking for partners. Most of their lives are spent as aquatic juveniles, quite often feeding on detritus, generally keeping ponds and streams clean, and providing a banquet for their local community. 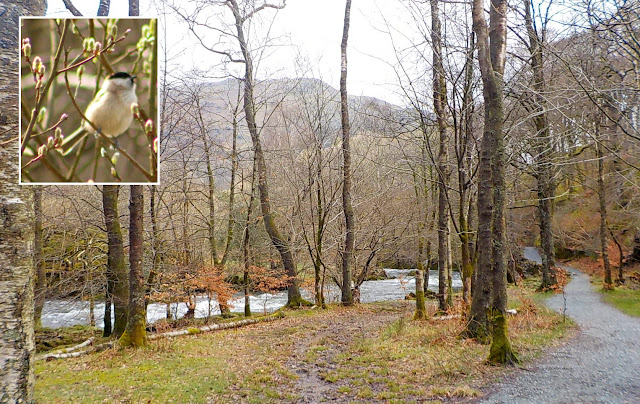 At the end of the lake we enter Deerbolt Wood along the banks of the Rothay, full of Chaffinches, Robins, Great Tits and this little fellow which I've not come across before. This is a Marsh Tit, Poecile palustris, which looks very similar to a Willow Tit and pretty much like a Coal Tit. Luckily, he's just sneezed at us, which is a bit of a giveaway. Marsh Tits begin their song with a 'Pi-tchoo' which is very distinctive. 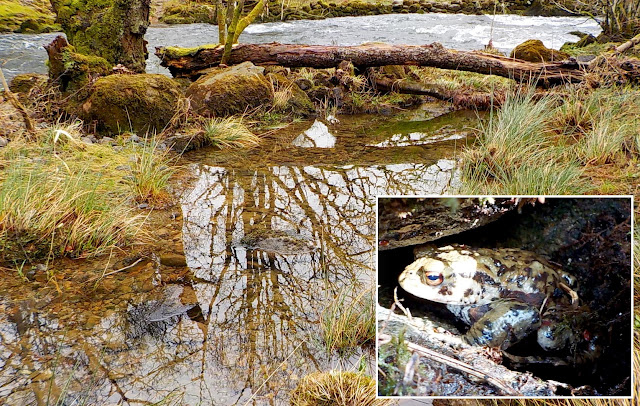 We also have little pools of water to investigate. No frog or toad spawn as yet but we do have an adult common toad lurking in the shadows. I reckon that this is a female. She appears to have a couple of reddish warts on her hind leg, which females are prone to, whereas males are not. 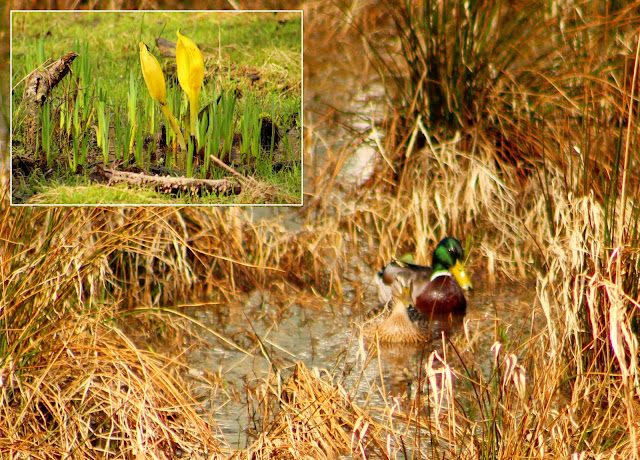 The same set of waterfowl on Rydal Water as on Grasmere, but here at the swampy end, apart from a pair of apparently house-hunting Mallards, we also have a patch of very showy, yellow flowers. You may well have these in your garden pond. They are American Skunk Cabbages, brought over from The States after the second world war and are very popular. The problem is, that they spread and totally take over, and have to be ruthlessly controlled. Sometimes, unwanted plants are dumped in the wild, but their seeds are also quite capable of finding their own way to nearby wetlands. As they out-compete native plants this is rather worrying. They are already considered an invasive species, just over the border in Scotland. If you are looking for an alternative, non-invasive, addition to your bog garden, the Asian Skunk Cabbage with its elegant white flowers, is a good bet. 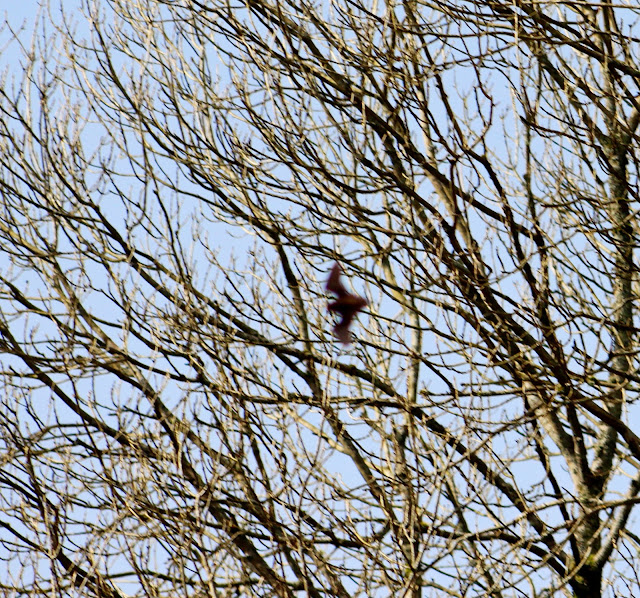 And finally, as we cross the footbridge over the Rothay and into Rydal we are joined by, of all things, a bat. He's flying very fast, swooping low over the water, even flying beneath the footbridge, and pretty obviously feeding on the plethora of midges. This may explain why he is out so early in the afternoon, as I'm pretty sure he's one of the Vespertilionidae, the so-called Evening Bats. The flight seems too rapid for a Pipistrelle and, given that he is feeding in this manner and we are in woodland, I would hazard a guess that he's a Daubenton's Bat.

So, here we are in Rydal village and there's a regular bus service to take us back to Grasmere. I have to agree with Wordsworth, it is certainly one of the most loveliest spots than man (and midges) hath found.

Until next week, we'll enjoy our new found freedom as lockdown begins to ease, here in the UK.

Share your nature thoughts, photos and comments on Naturalists (the facebook page that accompanies this blog) or join me throughout the week at Steve's Nature Plus.