Welcome to the first edition of The European Nature Almanack in which we'll be discovering the things to look out for in the coming month in this wonderfully diverse continent. All of western and southern Europe are classified as temperate (according to the Köppen-Geiger climate classification map of Europe) whereas eastern and northern Europe are classified as cold. We'll be concentrating primarily on western and southern Europe (because that's where I've lived and studied) but I'd welcome observations from northern and eastern Europe as well. 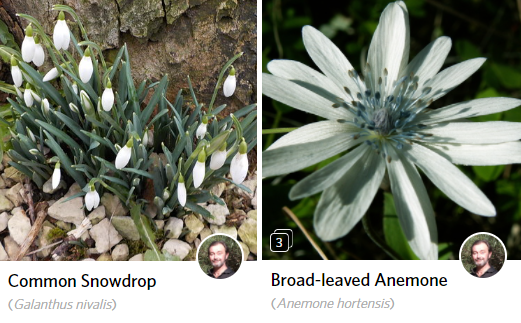 In the northern hemisphere we are in the grips of winter which becomes colder and more severe the further up you go, either in terms of latitude or altitude. In the plant world, it is mainly a time of dormancy and up here in Cumbria we are looking out for the first Snowdrops, whereas down in the Mediterranean, Anemones are the go to flowers. Snowdrops, which are part of the Amaryllidaceae family and related to daffodils, can be found at most altitudes from Stockholm, 59oN, down to central France and Germany above about 48oN. Below those latitudes you have to go into the Apennine, Pyrenees or Pindos mountain ranges to find them (unless you know different). Anemones, which are part of the Primulaceae, or Primrose family, can be found all around the European Mediterranean and also on the Atlantic coast of Portugal. 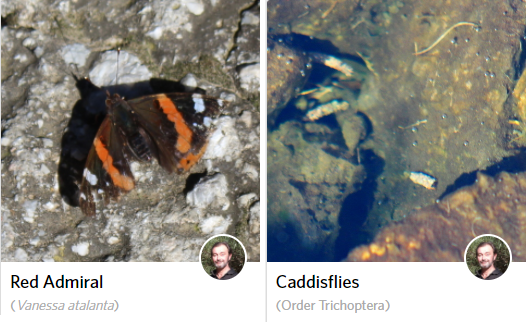 There are not so many insects around in the winter, which is not surprising as they are ectothermic creatures that cannot generate their own heat. The further south you go, the warmer the temperature, the more insects you'll find. Down in Crete you'll even find butterflies, such as the Red Admiral, on the wing in January. It is no coincidence that snowdrops reproduce asexually, mainly from bulb division, whereas anemones are insect pollinated. Up here in Cumbria you have to look under rocks or dig into the soil to find insect eggs or larvae taking refuge from the cold winter temperatures. Many insects, such as Caddisflies (not true flies but Trichopterans), have aquatic larvae which can be found at the bottom of ponds below the surface ice. January's Challenge for northern Europeans is to look for overwintering insect larvae, and for southern Europeans it is to spot butterflies on the wing. 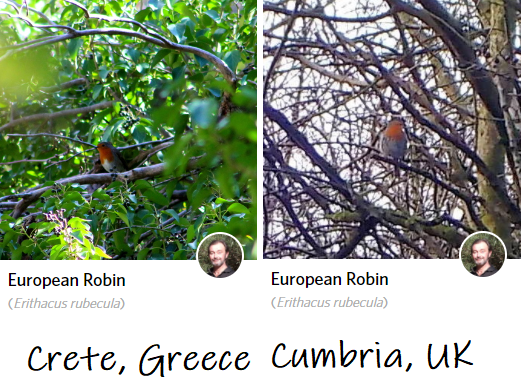 I'm going to take as my bird of the month, the European Robin, which is familiar to us all across Europe. Although their diet is predominantly worms, spiders and insects, they are very adaptable and will eat winter berries when the ground is frozen and invertebrates are hard to find. There are various subspecies within the continent and southern birds tend to be more wary of humans than their northern counterparts. This may be because southern birds are less reliant on human activities (note the difference in foliage in the two pictures: and where you have foliage you have invertebrates), or, just possibly, it's because we don't have a habit of shooting them up north. It is called the European Robin to differentiate between other, unrelated, birds called Robins in other parts of the world, notably the American Robin which is a type of thrush and the Australasian Robin which is a member of the family Petroicidae and is slightly more closely related. 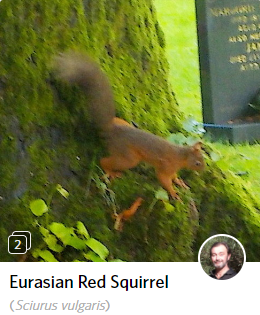 Reptiles and amphibians, being ectothermic, are all in hibernation at this time of year (even on Crete) but mammals are out and about. They are often easier to spot at this time of year as there is less vegetation to conceal them. The Red Squirrel is an animal I've been very pleased to get acquainted with since moving up to Cumbria and, although they have been largely displaced by the introduced grey squirrel, they are making a comeback in the UK due to dedicated conservation efforts. Elsewhere in Europe they can be found across the continent although they are rarely seen in either southern Italy or Greece. In northern latitudes they are to be found in coniferous forests whereas further south broad-leafed woodland seems to be preferred. 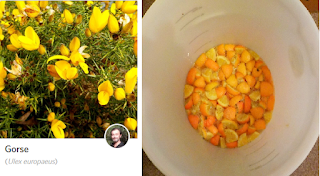 Each month, apart from chatting about what we can see around Europe, I'll be giving you some ideas about what you can do with what you find while you're out and about. I've decided to try and become self sufficient in wine this year because it's a ridiculous price in the UK and most of it is imported from long distances which adds to my carbon footprint. Adding a bit of foraging into your diet is fun as well as being economically and environmentally sensible so why not make it one of your New Year's Resolutions? This is my generic recipe for country wine. Gorse flowers are good in the north while oranges (which need to be chopped up before mashing) are in season down south. Happy New Year.

If you're struggling with what to do with all those Amazon vouchers you got for Christmas, here are a few ideas.