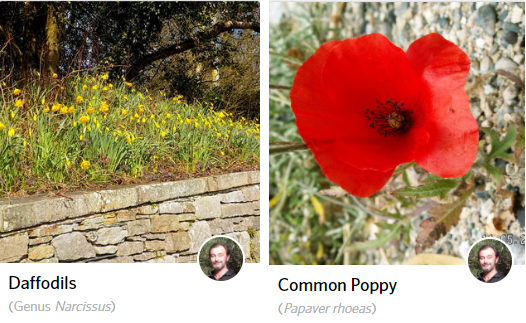 March is now upon us and one cannot live in the home town of William Wordsworth without making Daffodils the flower of the month for those of us in the north of Europe. The hosts of golden, nodding heads provide a wonderful, uplifting burst of colour after the sombre tones of winter. In the south of Europe, around the Mediterranean, Spring is in full bloom this month. I've recorded no less than 378 different plants in flower during March on Crete (as opposed to 109 here in Cumbria during the same period). The flowers I want you to look out for down south are poppies. Poppies belong to the genus Papaver and there are over 100 species. How many can you spot? 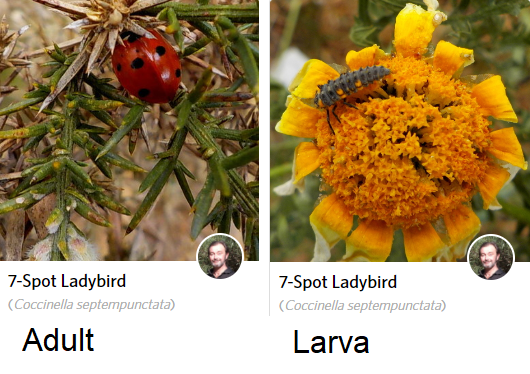 As the flowers come into bloom, so the insects start to emerge, and one that is common across Europe at this time of year is the Lady Beetle. This is the name that is being increasingly adopted throughout the English speaking world for these familiar creatures. Here in the UK we have traditionally called them ladybirds (but they're not a bird, obviously), and in the US they were called Ladybugs (but they're not true bugs either). They are part of the Beetle family, Coleoptera. There are over six thousand species worldwide, the most familiar to us in Europe being the 7-spot, Coccinalla septempunctata. The 'Lady' part of the name comes from the Christian 'Our lady' (Mary) who was depicted as wearing a red cloak in early paintings with the 7 spots representing her seven joys and seven sorrows.

Look out also for lady beetle larvae. As you can see, they are very different to the adults. You can tell it is a beetle larva from the hardness of its head (like a beetle's wing case), the six pairs of jointed legs at the front, and the lack of any additional leg-like appendages (called prolegs). A key to terrestrial insect larvae is given on page 77 of The Quick Guide to Creepy-Crawlies as well as explanations of terms like prolegs. A key to aquatic larvae is given on page 78. 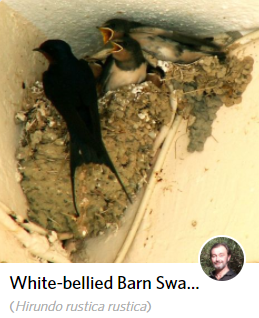 Birds are starting to nest now which gives me a chance to talk about the etiquette of bird photography, particularly with regard to nests and eggs. For many years photographing birds on the nest, or eggs, has been taboo. The reason being that you couldn't get such photos without disturbing the birds. Nowadays, with long distance lenses, and the discrete use of camera traps, it is possible to get photos without interfering with them. So, let common sense prevail. The bird mustn't be aware of your presence. Some birds, such as House Sparrows and these Swallows, nest in and around human habitation and you can take photos from a reasonably close distance. They still wouldn't appreciate you thrusting your phone into their nest though.

Lizards and snakes are beginning to come out of hibernation as the days get longer and warmer so keep an eye out for reptiles this month such as The Viviparous Lizard in the north and The European Ratsnake in the south. Both of them beautiful creatures. 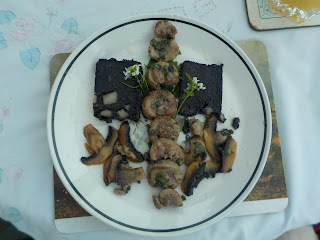 In Greece, March is the time to start collecting Xorta, wild spring greens. Many of these are from the Brassica or Amaranth families, but there are many others as well. Even here in the north of Europe there are over sixty different wild plants to forage. My particular favourite is Garlic Mustard (Allaria petiolata) with its subtle blend of both garlic and mustard. An essential ingredient of The Great Cumbrian Breakfast with lamb's kidneys, mushrooms and black pudding. 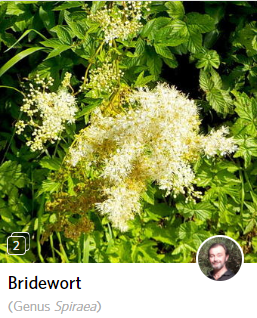 Wine of the month to try in March will be Meadowsweet (AKA Bridewort). This is a beautifully fragrant herb, with a honey like aroma, which should make a delicious dessert wine (it used to be used as an alternative to honey in making mead). Meanwhile, I'm still waiting for the nettles to reach a suitable height for picking for February's nettle wine. I'll keep you posted.


Keep up with me throughout the month on Steve's Nature Plus or join the 1,300 members of our Facebook Group: Naturalists